Clean Fairfax: It was an honor just to be nominated 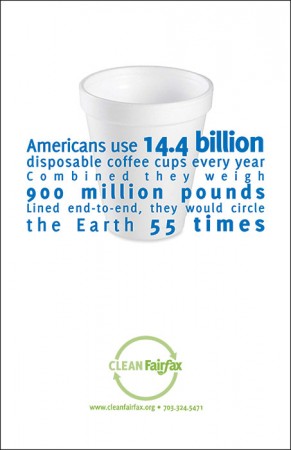 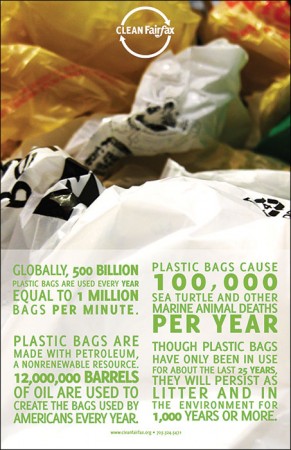 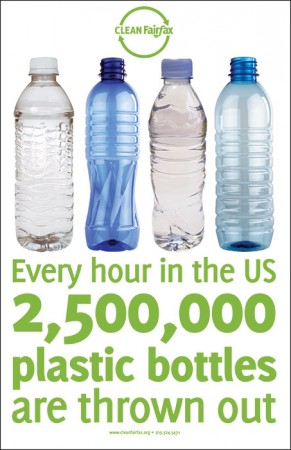 My client Clean Fairfax entered my designs in the TechSoup Adobe Show Your Impact Design Contest. Though my designs didn't win, they did recieve a nice write-up from TechSoup's Jim Lynch.

...there are also some other great entries worth mentioning.

One in particular is the Clean Fairfax Council's Environmental Education Program. They're a small environmental organization in Northern Virginia whose mission is to educate and advocate in their community for litter control, litter prevention, and recycling. They submitted three poster ads about the pollution resulting from styrofoam containers, single-use plastic shopping bags, and single-use plastic water bottles. A number of us at TechSoup wanted them to win just so more people could see their simple, striking ads.

We also liked how doing the ads impacted their organization and their community. In a word, they used them to change everything about the organization to make it more effective. The first place they started was with logos and collateral material. CFC had previously stocked hundreds of thousands of little pieces of throw-away "swag," much of it plastic, not recycled or recyclable, thus defeating the organization's very mission of litter control and recycling education. The previous logo was the name of the organization, literally, being stuffed into a garbage can. They needed to rebrand the organization and put it out there in a way that was clear, readable, and understandable by everyone.